If you haven’t done so already, I ask that you check out the At the Gates Kickstarter page. Our goal is to innovate and take strategy gaming to the next level, but this campaign will be our sole source of funding for development. And hint, hint: the more successful ATG is the more articles you’ll have to read in the future!

To those of you who have already contributed and helped us reach our funding goal, I offer my most sincere thanks!

So some of you might be wondering about the story behind At the Gates’ creation. Let’s turn back the clock a bit and take look at the origins of the project.

Why the Fall of Rome?

As for the theme itself, I was talking with one of my designer friends who was working on a scenario about the fall of Rome and he described a couple of cool features he was working on, one of which was taking a core system that’s normally helps players and flipped it around to instead hurt them. This got the gears in my brain turning.

I’ve long thought that the standard model for a 4X title has been a bit flawed. Instead of the game easing you in and growing tougher over time, instead the beginning is filled with possibilities which gradually diminish, and as you grow in strength the challenges in your way become increasingly trivial.

But here was a system where the game was actually working against players, and making life tougher and tougher on them. The fall of Rome seemed like a great format for trying out some of my gameplay ideas along with solving the 4X genre’s greatest flaw.

The fall of Rome also offered some other interesting gameplay possibilities, like cities that can move – after all, the ‘barbarians’ were very much migrants during this period of history. ‘Romanization’ provides an interesting opportunity to tie progress to how much like the enemy you become. Having the eastern and western halves of the Roman Empire act almost as ‘arbiters’ offers a way to provide structure in a genre where it’s much more common for players to be completely set adrift. They begin the game as superpowers, but gradually fade until the game becomes a mad dash to be the first to finish them off.

So why are the ‘barbarian’ tribes playable but not the Romans? For one, games set in this era early always put players in the shoes of the Romans, and it’s nice to do something a little different. But more importantly than that, the Roman Empire of this age was on its last legs. Trying to hold together a crumbling state could make for an interesting game, but I’m not sure it’s appropriate as the central gameplay for a 4X game, where the goal is for players to be continually growing, building and getting stronger. There may be an opportunity to explore the game’s mechanics from the perspective of the Romans, but the most exciting possibilities belong to their enemies.

A lot of the basic gameplay concepts incorporated in ATG had been rattling around in my head for some time.

For a few years now I’ve been very interested in making a game where map evolution played a large role. I strongly believe that the need or incentive to adapt is the greatest strength of the strategy genre. Instead of following a single, rote path players can lay down plans, execute on them and them alter them as the situation changes. You need both a wide array of possibilities coupled with a few nudges. Without the former you have no control, and without the latter you have no reason to pick one route over another.

Resource appearance in games like Civ dramatically reshape the landscape of the game. A player that was without oil might find one pop up on a nearby island – not only must he or she shift priorities to grab it, but once this is done the balance of power will have shifted. Another player that had been trying to extort the unlucky fellow now finds himself without leverage, and very possibly a target of his now-armed rival.

ATG also has random resource appearance, but I wanted to do much more than this. What is the most obvious and dramatic way you can change the map in a historical game? The answer is obvious: seasons. Tiles freezing in the winter or drying up in the summer can dramatically affect both the military and economic aspects of the game. I knew at an early stage that this idea was a winner.

On the combat side I wanted to do something beyond big stacks or waves of units crashing into each other. My main inspiration here was 2×2 Games’s excellent Unity of Command, a WW2-themed strategy masterpiece. In that game both positioning and supply were crucial to victory, and simply having a ton of top-notch units was no help if you didn’t know how to use them. Unity of Command uses a “one unit per tile” model like Panzer General or Civ 5, and while I wanted ATG to focus more on broad strategy than individual unit tactics, I knew there were a lot of solid concepts I could borrow in some form.

The supply model was the biggest inspiration. Cutting off enemy units in Unity of Command makes them weaker, and after a few turns they’re basically useless. Tracing supply is fairly simple – supply depots must be connected to one another by rail, and units must be within range of one of those depots. I took a similar approach with ATG, only instead of needing to connect supply nodes in any special you can simply have a node which carries supply (such as a Supply Camp) within a range of another node which either produces or is already carrying supply (such as a City). Players have to keep track of what’s going on, but the rules are much clearer than what you find in hardcore wargames.

There are many other smaller, but still unique features in ATG outside of seasonal change and the combat system. The diplomacy starts from a clear numbers-based relations system ala Civ, but I wanted some depth and connection with the in-game situation – and so context-based leader requests were born. This even encompasses things like “we don’t like that your units are too close to us,” which shows up in the list of requests. Unlike a quest system players can visit these screens at their leisure and see what they might be able to do to improve relations, rather than being spoon-fed a request to construct a wonder every dozen turns.

The UI design is also very much an evolution on my work with Civ 5. And of course, At the Gates borrows quite a few conventions from other 4X games. A few examples are cities which train units, a specialized laborer unit that can construct improvements on the map and “goody huts” as an exploration incentive. 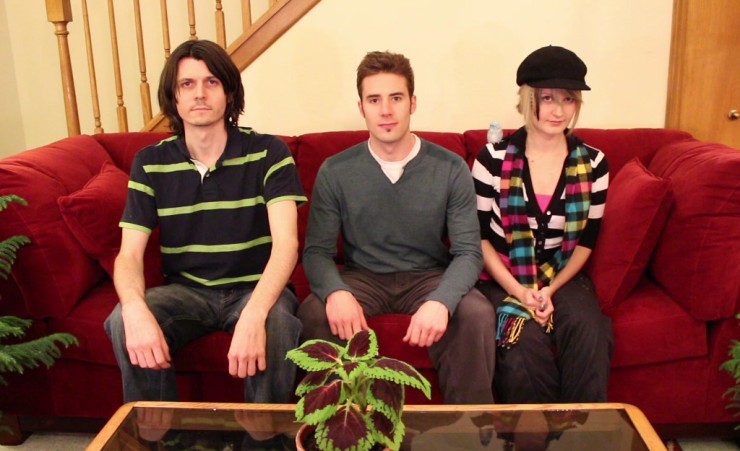 Why Does ATG Exist at All?

I’ve always loved being hands-on with game development. I was incredibly busy during the development of Civ 5, but I always enjoyed the opportunity to translate my designs directly into code, play the game, and then make changes. After I moved on I found myself missing this aspect of game development, and founding Conifer Games and creating ATG gives me the chance to get back to that.

What about the tech side? How did the game get built?  ATG’s lead programmer, Jonathan Christ, has been a software engineer working on business applications for a decade. But he’s also always been a huge gamer, and wanted to work on games in some capacity. For a couple years now he’s been working on a code library built in C#. Jonathan had worked on a variety of small hobby projects with other groups, but they all petered out eventually. Anyone who’s ever done modding or development when you’re not getting paid has probably been there before!

Jonathan and I have been friends for a few years, and several months back we decided it might be fun to combine forces and create something together. ATG is the result of that joint effort coupled with Kay’s great artwork. We hope you’re as excited about the project as we are!